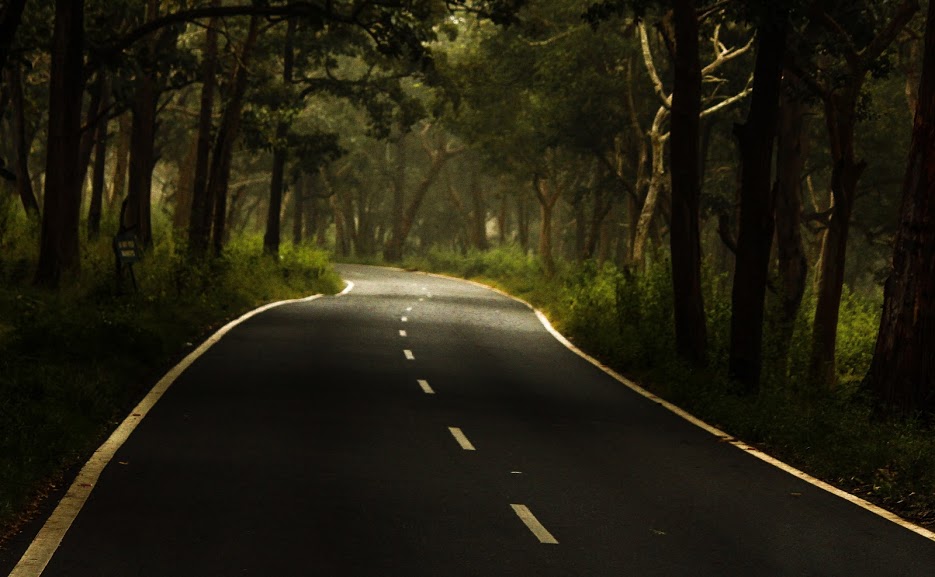 Life Unfolds As We Walk On………

Yesterday night while driving with car headlight illuminating not more than 100 feet of the road, a thought came. Thought like how I am daring to drive when I can’t see the entire road. How do I know that the road beyond this 100 ft is what I really desire to have and drive further…? (Though I was on my regular road, such thought will come for a new road definitely) And frankly since then I was thinking on this which apparently looks so childish and foolish to think on. And finally morning came with an answer I truly believe

No one has full knowledge of the path he is about to traverse. Life unfolds as we move on. And that unfolding is of two types – Positive and negative. What we will get depends on what we think and believe in. But as reaching destination matters most, believing with a right frame of mind that we will get a better road beyond this 100 feet will unfold a better road and vice versa. It’s more of an attitude to “walk” with “smaller steps” and let your thought and belief signal to the universe to open up further roads for us. And the result will be the reflection of our thoughts.

“If you want something from the very core of your heart, the whole world conspires to make you achieve that”… We all know this famous quote…. And this “want” comes from “thought” and constant thought on this, similar to driving beyond the 100 ft makes the universe aware of what you are thinking and thus it conspire to open up a road similar to the thought and want.

While it looks more philosophical, still to a great extent, is true. We many a times face situation we thought in the past or thinking right now and the same happens. While we call it as coincidence, actually it is believed that its the thought of ours which made this happen as our thinking at that point of time was so powerful that it made the universe do what we thought and thus attracted the same result.

In ancient times, we heard that sages used to give blessings or suddenly used to bring things in their palm out of nowhere and present to their devotees. There was no magic in that but a very strong thought ran in their minds which sent signal to the universe to conspire and with belief they used to extend his hand and universe used to deliver the “order” 🙂

We also encounter many a times situation. eg, If we love one song and listen to the same a few times and open say youtube, we see similar set of songs. While it can be debated that the algorithm is programmed in such a way that similar songs pop up,  it is also a fact that the same did not happen when the same mobile was given to another person in the same way but saw different set of songs. And thus my belief becomes stronger that my thought transferred in a way not similar to the other person and thus I got what I thought and wanted.

Frankly I am not a believer in these things which can’t be logically or scientifically proven. But last few years changed that with so many instances that happened and positive thinking and belief to get a positive result transformed into a positive result. Thanks.