Holding Command Posts -Why Not Me ? 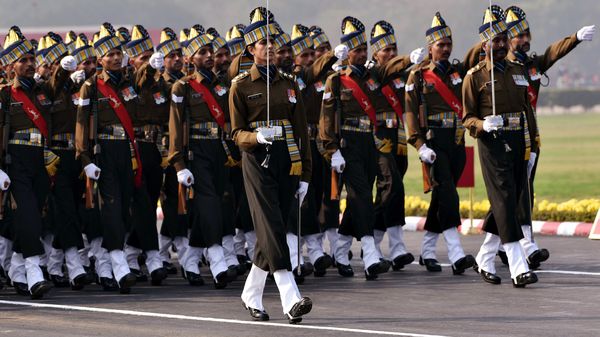 “…male troops not yet being mentally schooled to accept women officers in command units…”,

“…The composition of rank & file being male, and predominantly drawn from rural background, with prevailing societal norms, the troops are not yet mentally schooled to accept women officers in command,”

Above few excerpts in support of not allowing Women Officers to hold command posts in armed forces sounded so disturbing and orthodox that I was compelled to go through some more news, and finally expressing my point of view which may not sound very conclusive but thought provoking. And on top of that when the news of a country like Saudi Arabia launching its first women military wing as a Vision 2030 modernization policy broke out after its last step of women empowerment through opening of job market for women in 2016, ours’ sounded more preposterous.

A country where Goddess Warriors like Durga, Kali are worshiped, a country that gave birth to legends like Rani Lakshmibai, Rani Padmini, country where from time immemorial, women took part in battles equally with men and 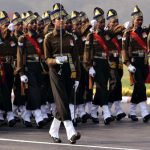 sacrificed their lives for the kingdom, country where women without any fear took jawhar, country where one of the first women regiment namely “Rani of Jhansi Regiment” was formed by Netaji way back in 1942, today once again raising doubts on the capability of women in armed forces and relating  this with their physical abilities which is a gift of nature is foolish, waste of time and overall uncalled for.  It’s not even two weeks when whole country and social media was in praise of Capt. Tanya Shergil, a fourth generation army officer who was leading the contingent of jawans on republic day and taking pride on that, the decision of the Govt is not at all praiseworthy.

What was surprising is, the reasons were more due to men not accepting women in command posts rather than women not wanting. Also a few reasons are against the male soldiers that question their upbringing, their mentality, background, societal norms. It also pointed towards the training of the soldiers to accept women. If it is so, the solution is not stopping women from holding command posts but improving the system and training effectiveness so that it creates a platform where all are equally trained, equally accepted and equally evaluated while deciding their career path.

However it’s too quick to take this as an act of Govt against women and hence, let’s see this practically.

One of the netizens gave a comment, “imagine a women officer in place of Abhinandan” when some were referring Minty Agarwal, who as a flight controller was guiding Commander Abhinandan when he was shooting down the Pakistani F-16 for which she was awarded Yuva Sena Medal.

One more netizen commented, “Govt is correct in its decision. It’s not whether we are civilized or not but whether enemies are civilized which unfortunately is not”. Gone are those days that we can expect a call offering to release an imprisoned lady officer like Ayub Khan asked Field Marshal K.M. Carippa when his son Nanda was imprisoned by Pakistani army in 1965.

Like Govt pointed out, “today’s or future warfare are going to be short, intense and lethal and even non-linear battlefield has rendered the erstwhile rear areas as much vulnerable as the battlefront.” –  Therefore it is not wrong to say, even by not fighting with a Kalashnikov in hand and killing someone face to face, there are ample ways to fight a war and opportunities are plenty. Technology being one of the biggest driving and decisive factors in modern warfare, not only women but men are also opting for those areas thereby contributing immensely towards security of the nation.

Another reason Govt gave is, “officers are expected to lead their men from the front and need to be in prime physical condition to undertake combat tasks. Inherent physiological differences between men and women preclude equal 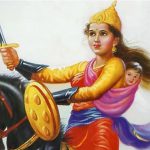 physical performances resulting in lower physical standards and hence physical capacity of women officers remains as achallenge for command units.” –I personally feel this is not a very valid reason since the training in the academy can take care of that and if not, can be improved so as to make female officers as strong as men.  I also do not like reasons like maternity leaves, pregnancy etc which is natural and must not be taken as a reason of not allowing female officers to hold command posts but decisions must be left with them to take knowing the challenges and what country expects from them. That may be the reason, Govt also agreed to permanent commission of female officers who have served up to 14 years but not above that.

However all this started due to men not accepting female officers in command posts and that may be the reason of finding many excuses to justify the stand and hence as rightly said by the bench, “A change in Mindset is required with changing times. You need to give them opportunity and they will serve to the best of their capabilities”.

I do not hold Govt fully responsible for this step, when on one hand country is facing dangers internally as well as from external forces and Centre cannot afford to get into another internal battle within the armed forces by going against the sentiment of male soldiers who for now have to be on their toes. However it’s time for Govt to ensure the “right” infrastructure is put in place to “school” the male soldiers with “right teachings” to accept female as equal or better and accept them not only in command posts but everywhere.