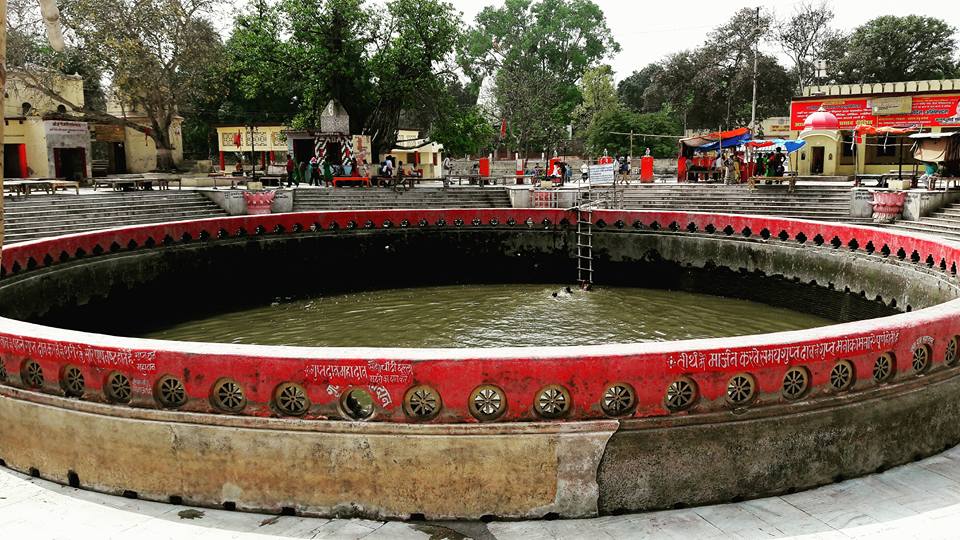 At a distance of 60 km from Lucknow, Naimisaranya has great importance in Hindu Mythology. The story regarding the importance of this place is that, after the great battle of Mahabharata, sages and saints led by the great sage Saunaka, who were very much concerned about the beginning of Kali yuga, approached Brahma. Being aware of the extreme effects of the yuga, they urged Brahma to show them a place which can stay untouched by the effects of Kali.

Brahma takes out a sacred wheel (Chakra) and rolls it down on the earth and says, wherever that wheel stops, that would be the place. The sages followed the wheel, which stopped in the forest of Naimisha. Thence, they make it their abode for further penance. Naimisharanya or Naimish is an ancient place of pilgrimage and of Sanskrit learning which has attracted sages, scholars and laymen alike from times immemorial. In the Puranas, it is mentioned as one of the principal places of pilgrimage along with Prayag, Pushkar, Kedar, Setubandh and Gokaran.

It is mentioned in ‘Skand Puran’ and above all in the ‘Shrimad Bhaagwat Puran’. It is believed to have been the meditation centre of about 88 thousand saints. The Mahabharata was composed by Maharishi Vedvyas in Naimisharanya. On the request of Lord Indra, Maharishi Dadhichi after having bathed in the waters of Kund had sacrificed the mortal remains of his body and presented the bones to Indra so that he could create a Vajra powerful enough to kill Vritrasur. It is believed that the tour to Hindu pilgrimages is incomplete without a visit to Naimisharanya.